School reopens! You know what that means. It means the terrible stress has begun once again. Of course that's not a good thing, but there's still some, or perhaps, a few good things. Let's look at the bright side, we are now able to meet our friends again. We could chit-chat all day. At home I could only play computer for 1 hour a day, but in school, sometimes we are allowed to go to the computer lab to update our blogs, that means I get more computer time, too bad I cannot play computer games in school. Now I'm using the computer lab to update my blog.
Posted by Lim Jeck at 17:20 No comments:

Spongebob Videos with My Voice

Can you guess which is my voice, and which is Lim Min's?

Today, I went to the Sungei Buloh Wetland Reserve with my classmates. Actually, I didn't feel like going as my leg was painful and I was "crippled". My mother asked me to bring the cookies and cakes that she had just made. I limped from home all the way to school. Then we took the bus all the way to Sungei Buloh. The bus was so slow that it took almost half an hour to reach there. I could see many cars which were faster than ours, even the other buses were faster. When we reached there, I limped again to the visitor centre and sat down to rest. All my friends were asking me the same question - what happened to my leg. I saw some small crabs and mudskippers over there, there was one mudskipper about 50 cm long. The guide told us the giant mudskipper was called the giant mudskipper. We proceeded on and saw some kingfishers on the way. We also saw some weird trees with weird names. One of the trees was called the Blind-Your-Eyes, the guide told us it might blind our eyes in some ways. Some of the trees had pencil roots which were ro

ots that looked like pencils sticking out of the ground. They were to absorb oxygen and it could grow to another tree. When the little roots slowly grew into big ones, the original ones would eventually rot away.

The trip was a little boring and I don't think I want to go there again. There was once when I was standing on a wooden plank and didn't know there were ants until my leg itched. 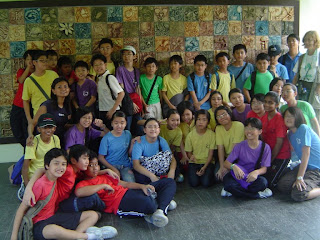 This morning my family went to East Coast Park to ride bicycles. Unfortunately it rained most of the time. It was so windy ... (see how I held on to my umbrella).

We were totally drenched, and had to leave after an hour as the rain did not stop. We had waffle ice cream (delicious!) at Galare - the waffle was at half price on Tuesday. So lucky! 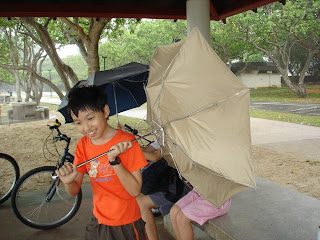 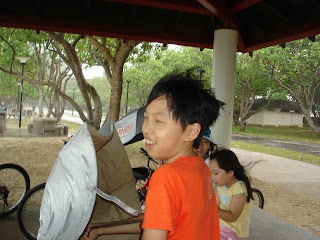 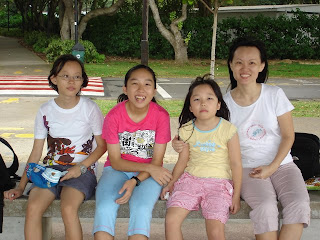 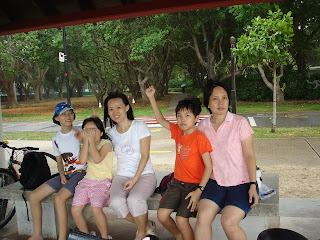 No! I'm running out of ideas. I can't think of anything else to blog about. If mam looks at this, she will... I don't know what she will say. She will definitely call me out in the computer lab just like my friends. Ok, now I have to calm down and think of an idea. Ummm... 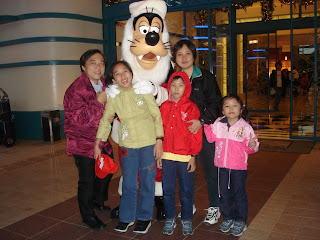 Oh! I've got an idea. Let me talk about the Hong Kong trip in July. I know I have not been there yet as it is in July and now is only June but I've been there 1 1/2 years ago. There is this boy, Wei Liang, who is also selected for the Hong Kong trip by RI, but he rejected it. Instead, he joined the Hwa Chong team. He got second for both the RI and Hwa Chong competitions. Too bad I'm alone as my mother may not be going with me. I think there is no computer over there so I cannot blog during those few days. 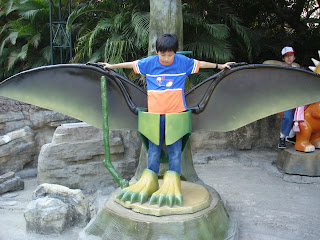 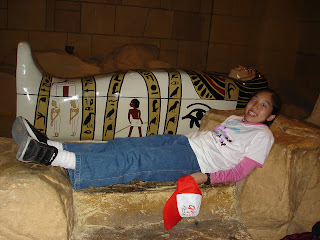 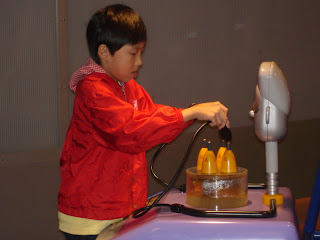 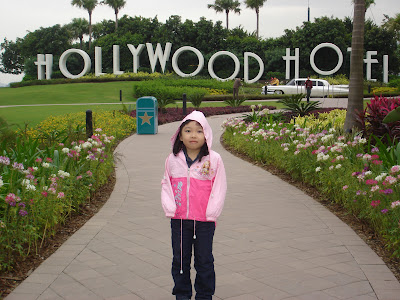 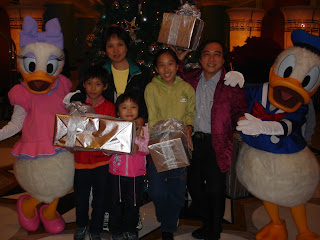 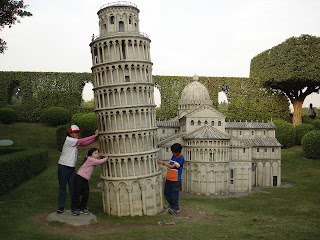 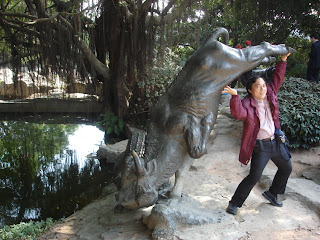 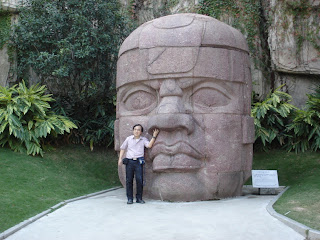 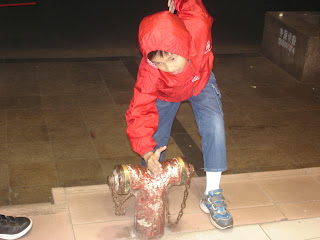 Yay! I have the card thingy called either the prepaid card or a-cash card. Guess where I got it. After many days of consideration, I bought something. Actually, I still think that I think I regret it. The something I bought is in the picture below. 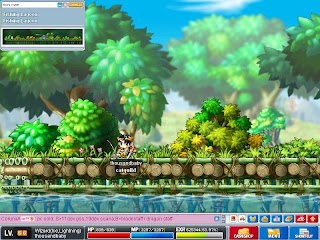 Still can't figure out? Never mind, just ask one of your friends.
Posted by Lim Jeck at 21:04 No comments: