CUP & COOKIES: Smart cup in which you can put 2-3 of your favourite cookies. You don't extra plates. It's made for right handed and left handed. 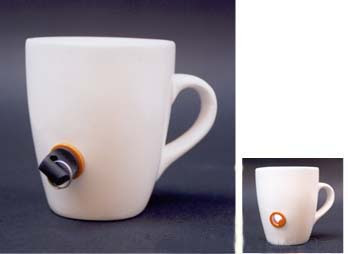 LOCK-CUP: Anti-Theft Coffee Cup. Are you tired of others stealing your coffee cup? Well now there's a solution. The Lock - Cup has a hole which prevents most people from using it. Only the owner of the cup can use his/hers shaped key to close the hole. 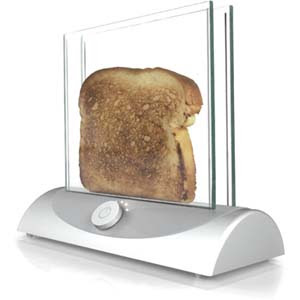 TRANSPARENT TOASTER: You love toast, but you always burn it? Than, this invention us for you. This transparent toaster allows you to see the bread while it is toasting so you just have to take it out when the colour is right. This idea is based on a transparent heating glass technology. 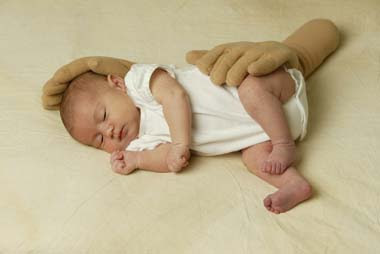 "THE THING" - INFANT PILLOW: The Zaky is an ergonomic infant pillow designed by a mom to mimic the size, weight, touch, and feel of her hand and forearm to help her baby with comfort, support, protection, and development. The Zaky can help calm your baby and help your baby sleep better through the night. 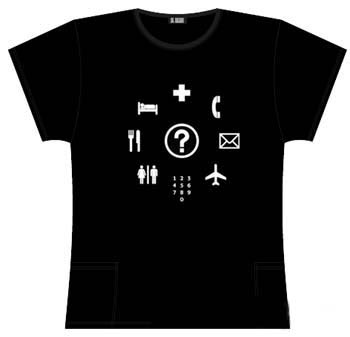 TRAVELER'S PHRASE BOOK T-SHIRT: If you are traveling a lot and don't always know the language of the country you are visiting, then this T-shirt is for you. It has a phrase book printed on it so just point a finger at the pictogram you need and then point it twice at the question mark, which means, "Where is it?" and in no time you have found what you were looking for­ or not.

I went to my future school a few days ago. Since none of my classmates are going to NUSH, everybody is unfamiliar to me, except some of my friends. Before I went to NUSH, I had already met some friends during maths olympiad training by RI and Hwa Chong. Some of them joined NUSH while others went to Hwa Chong, ACS or RI. Luckily, one of them (Jonathan Ang) is in the same class (103) with me, so I won't be so lonely. When we were in our classroom, everyone of us told everyone else their names. However, if you ask me to name them, I probably forgot most of them.
Posted by Lim Jeck at 17:22 No comments: 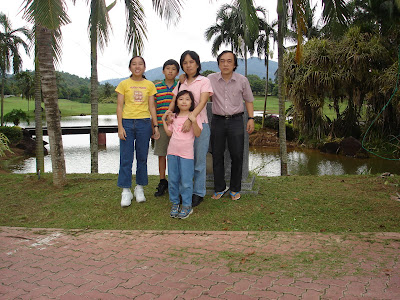 Usually, the trip to overseas is always the best, but this time it was the worst. Of course, we went to Malaysia (Malacca) by bus and not by plane. The bus had no games or anything for our entertainment. Luckily, we brought along our Gameboy. We took turns to play the Gameboy throughout the whole journey. Halfway through the journey, I felt a little giddy and went to sleep instead. When we had reached our destination, A'Famosa, I was overcome with giddiness and I vomitted after I alighted from the coach. Perhaps if you go to the A'Famosa Clubhouse, you might still be able to see my vomit. That was the second time I vomitted. The first time was during the bus ride to Genting, that's why I prefer taking a budget aeroplane to taking a bus. 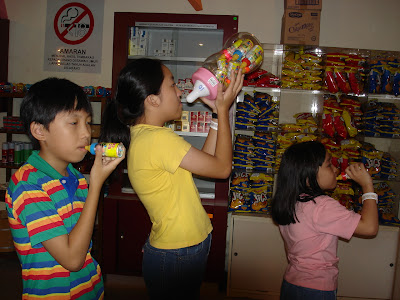 We took a shuttle bus to our hotel, which I would never expect was a condo. The room was huge, just like my condo at home. There were even 2 twin beds and 2 queen/king-size beds. Compared to my previous trip to Taiwan, which has only 2 tiny little beds, the hotel is so much better. Yet, it was also quite cheap. Later, we went to Cowboy Town to do a little exploring. Then at 6, we went back to the clubhouse to have our buffet dinner. 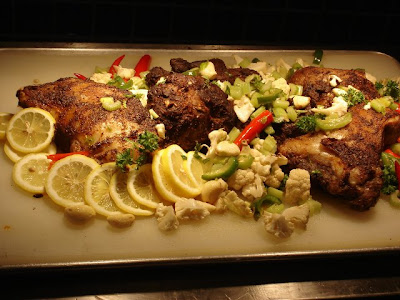 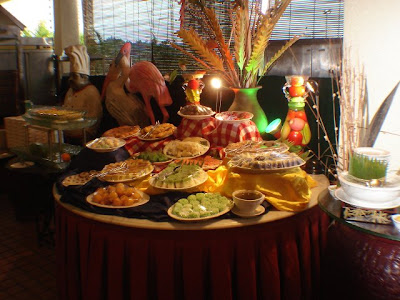 After that, we went back to the Cowboy Town to watch the Carnival Show and fireworks. 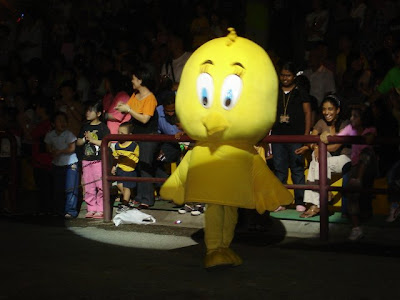 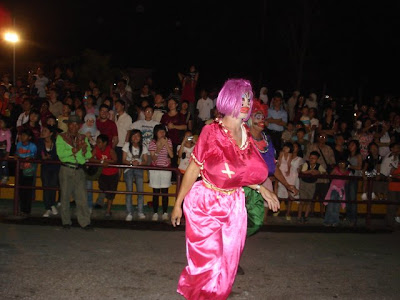 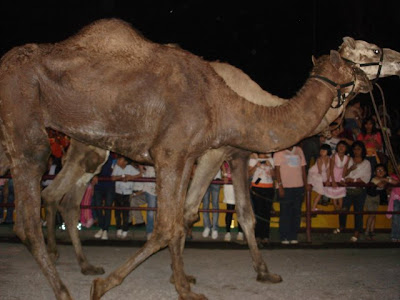 That was just the first day. On the second day, we took the shuttle bus again to the Animal World Safari (mini zoo). First, we watched the elephant show. The elephants could really play basketball and soccer! (see the video clip below) Next, we went to another animal show with multi animals performing. There was a dog that could stand up and walk at the same time. Later, we went to the bird show where different kinds of birds performed different kinds of tricks. Next, we proceeded to watch another show called the wild wild west. It was a show about cowboys. After that, we took the shuttle bus back to our hotel. Well, actually, we did nothing afterwards. 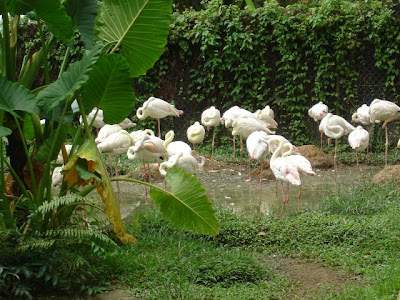 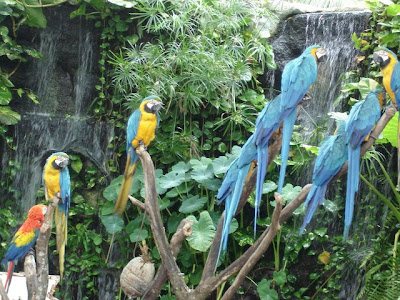 Day 3, we had breakfast at Cowboy Town and buffet lunch at the clubhouse, before catching our coach back to Singapore. In case I might vomit again, I decided not to play the Gameboy and slept throughout most of the journey! 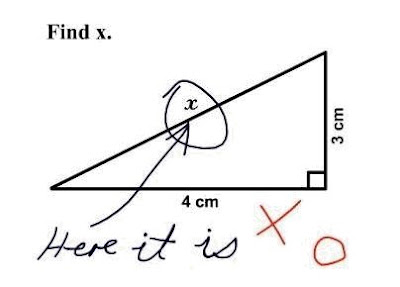 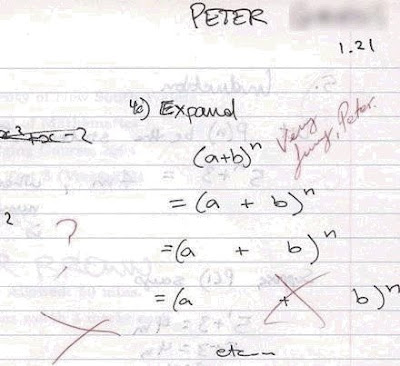 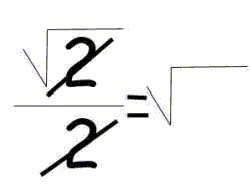 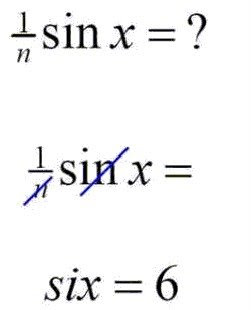 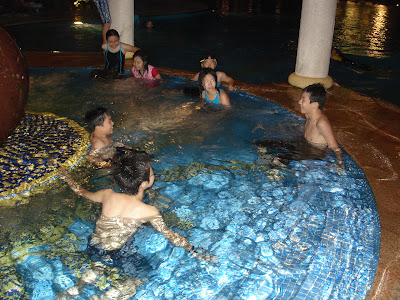 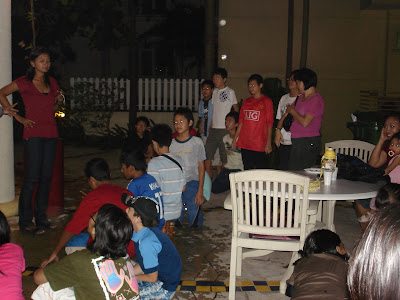 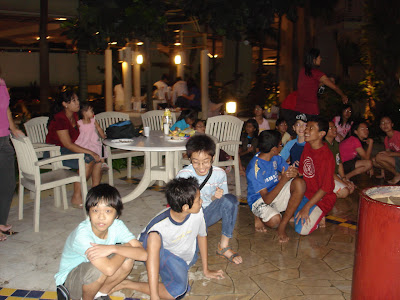 Hai Xiao: See, no one is paying attention to Ma'am 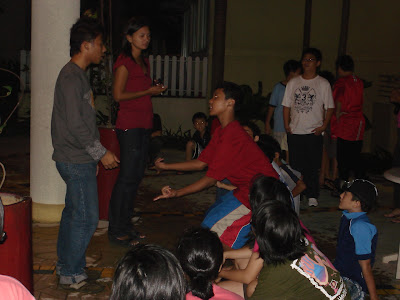 Ahmad, why are you pointing your middle fingers? (jk) 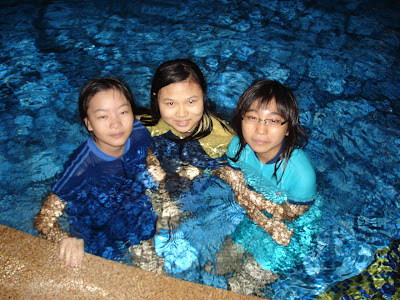 It is chilly inside the pool ... 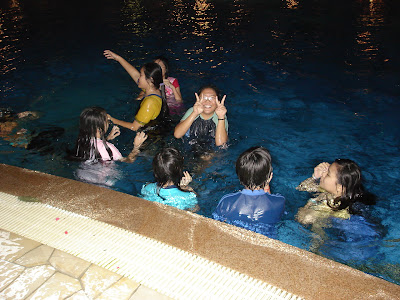 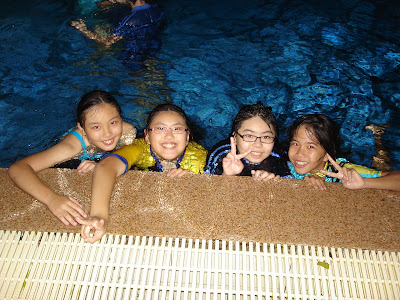 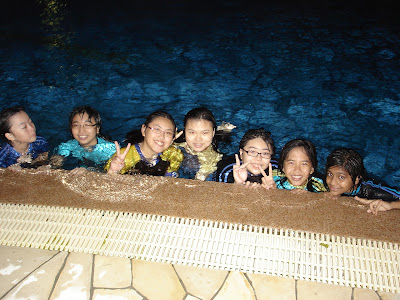 We are the pretty girls of 6A 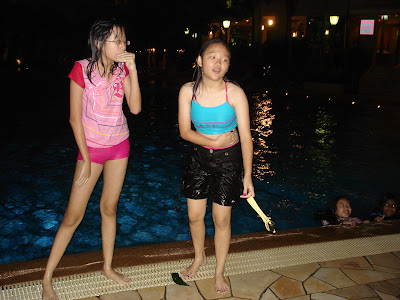 Gene: I think I have a stomach ache.
Jes: I can smell something ... 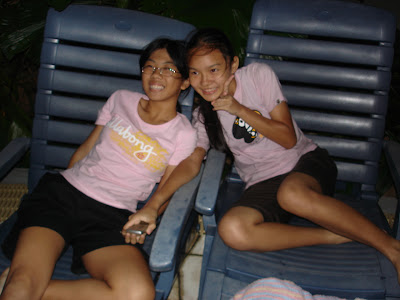