This module is about OOP taught in Java. Since I have taken Java OOP in NUS High before, a lot of this module is just a repeat.

The prof made the use of vim compulsory, which I felt was strange initially, but learning vim turned out to be the most useful thing I had learnt from this module. Very often, I did not have a UI and only had the terminal to work with. Hence, the only way to edit the text file was through vim or nano.

The rest of the module is... a bit messy.
- Lectures were randomly cancelled at the last minute. Once, we were only notified the night before. Another time, we were notified at the start of the lecture.
- Labs took very long to grade. Only Lab 1 was graded and returned to us, the rest (Lab 2 to Lab 8, and 2 practical assessments) were marked and returned just a few days before the final exam.
- The marking of our codes was automated for design. I had a random deduction of marks in the javadocs category, even though I followed the checkstyle guide provided and wrote my javadocs properly.
- Final was open book, but one of the questions was literally the example given in the Java API, which was to implement mergesort with fork join. So, if you printed that specific API, you could literally copy the code.
- The questions from the final were all practical-assessment-like. I feel that they are more suitable as a practical rather than for a written paper. It felt like a normal lab, except it’s now on paper. Imagine having to write "public static void main(String args[])" or “System.out.println” on paper...

I had previously taken CS2100 under Uncle Soo. After going through 1 module with him, I know how good and interesting of a prof he is, which is why I decided to take CS2106 in year 1. Uncle Soo is very enthusiastic during the lectures and he will add jokes and/or metaphors to make the lectures livelier.

The labs took time to do, but it usually required very little coding (usually about 10-30 lines). Most of the codes were already coded by Uncle Soo, and we just had to read the documentation. The labs were bi-weekly.

Uncle Soo was also my tutorial teacher, and his tutorials were very "interactive". He asked questions in a round robin fashion and gave hints if the student was unable to provide an answer. He also put in effort to memorize all the students’ name. He even remembered my name from 2 years ago!

Uncle Soo was also quite active on the IVLE forum and responded to majority of the queries there.

However, during one of the lectures, Uncle Soo mentioned that he will not be teaching CS2106 anymore :(

I had to take this module because I did not do very well for both my English modules in NUSH as well as my QET in NUS.

This module teaches formal academic writing. However, English grammar was also taught, which I found it strange coming from a university module, as none of my modules from high school covered grammar.

The workload for this module is quite light, as we were only required to write 1 problem-solution essay about smartphone addiction, split into multiple parts (problem, solution, conclusion), and each part had their own deadline. There were also multiple presentations, but there were guiding questions, and the presentation had a time/slide limit, so I did not have to include much content.

I felt like I did not learn much from this module. The module started by teaching about noun groups and lexical chains. We were tasked to identify noun groups and linking words (eg "and", "but", "however", etc) in class, which again, I found strange for a university level module.

Often, the tutor would ask a question and wait for a reply, but the class remained silent, and there would be an awkward silence.

All students are required to take a GES module. I took this GES module which was the only one available in Science Faculty and it does not require any essay writing. There are 4 components to the final grade: midterm, finals, poster, and class participation marks. Both the midterm and the final were entirely MCQ.

The poster was a group project. Ample time was given to complete it. We had to take photos of invasive species in Singapore and put them in the poster, together with a short description. As the poster is A3 size, the description did not have to be very long. The hardest part was to find the photos. We were encouraged to take the photos ourselves (penalties were given for using online photos) but taking photos of animals was difficult as they often run away. We ended up taking our own photos for the plants and using online ones for animals. As this is a group project, taking this module with friends might be helpful.

The midterm and final are also open book, meaning you could bring the textbook to the test. Unfortunately, I did not buy the textbook, and did not know any seniors who could lend me the book. The notes were in ppt format and used a lot of slides, which is why I did not print them as well. I highly recommend borrowing the textbook from a senior.

Class participation was graded via the IVLE forum. Because of this, there were a lot of posts on the IVLE forum by people who wanted the marks, and most of them had 0 comments and very little views. I did not bother to post, because I intended to SU the module anyway.

Some of the MCQ questions are a giveaway as they are common sense (eg "The merlion used to be in Singapore but it is extinct now. True or false?"). However, some questions are very troll. For example, the Scientific name of the Aedes mosquito is Aedes aegypti, true or false? The answer is false, because the Scientific name is not formatted properly -- the aegypti is not italicized.

The lecturers are also very enthusiastic about what they teach. They often tell stories about how they caught animals when they were young, and about how important it is to conserve the natural heritage. I attended most of the lectures.

Unfortunately, there was no webcast for this module :(

Because this module really encourages "recycling", a lot of the questions for the midterm and final are recycled too. For example, “the last photo of the tiger in Singapore is taken in Lim Chu Kang in 1930” is often tested.

Don’t expect to be able to understand or speak much Japanese after taking this module. It only teaches very basic grammar and very basic sentence structures.

The 4 textbooks for this module are quite expensive, costing $100 for the whole set. By the end of the module, about half of it is used. I believe the remaining half would be used in Japanese 2. Even if you have seniors to borrow the textbooks, you will still need to buy the workbook, as they demand the original copy. They will not allow you to submit a photocopied copy.

There are 2 tutorials for this module, each being 2 hours, and another 2-hour lecture. During the lecture, the lecturer would go through the concepts, and the tutorials were used to practise listening and conversational skills. The lectures were webcasted, but occasionally, there would be listening tests during the lecture, which is compulsory to attend.

There was also a mini vocabulary quiz every week during one of the tutorials, and we had to memorize words from the textbook. As I had some background watching Japanese anime as well as being a Chinese (many words sound similar to Chinese), it was not too difficult for me.

I think that the tutorials are fun, and the tutors are also friendly. The tutorials are quite relaxed and laid back as compared to say Math tutorial where everyone just listened to the TA speak. For example, the tutor would start the lesson by asking us basic questions in Japanese like "what time did you wake up this morning" or "what did you eat for breakfast this morning?" where we would have to respond in Japanese.

Before taking this module, I would highly recommend memorizing the Japanese alphabets (hiragana and katakana). Studying some grammar would be useful too.

I needed to take this module because I failed the Calculus AP test. Unless you are very good at math or have mugged a lot, I would recommend not taking the AP test and saving your $50. The AP test for Calculus is usually set much harder than the finals. The first half of the paper consist of questions with difficulty comparable to the last question (which is usually the hardest) of the final, and the second half is even harder. To pass the AP, you need to be able to do most of the last question from the final, which I am unable to.

As I have taken Calculus before in NUSH, a lot of this module is a repeat. Towards the end of the module, I learnt some new techniques.

I attended only 1 out of every 2 lectures, because I would rather stay at home for the second lecture (I had no other lessons on that day).

Prof Goh's notes have blanks that you need to fill in during the lecture, while Prof Wang Fei's notes are pretty much complete. I used Wang Fei's notes to study because my notes had many blanks.

Some questions from this module can be a bit tedious (differentiating something with many terms twice).

Even though I could not do the last question for the final, I still scored an A+.

Tutorials had attendance, but it is not graded, making them optional. Attendance for the labs were not even taken. Hence, I just went for the most convenient lab slot and not the one that was allocated to me. 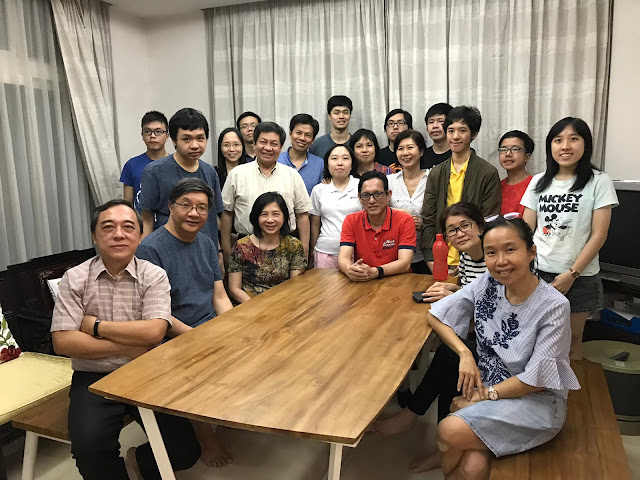 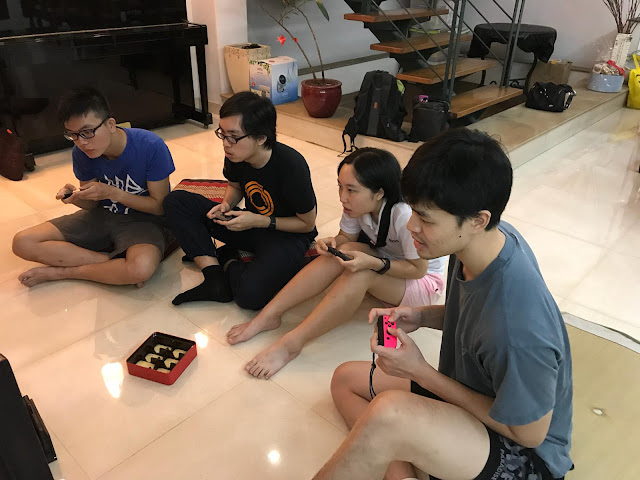 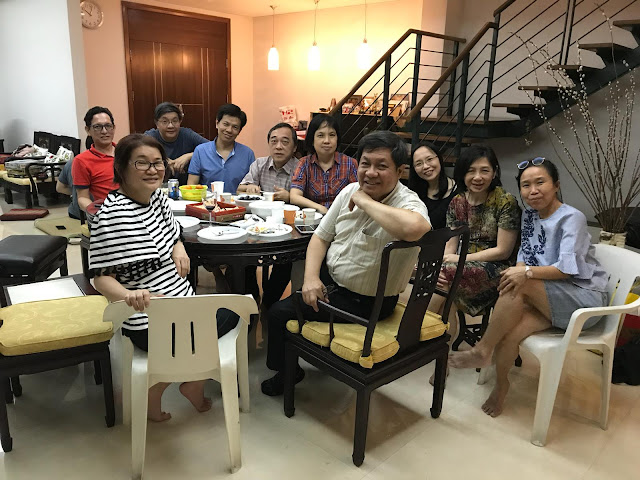 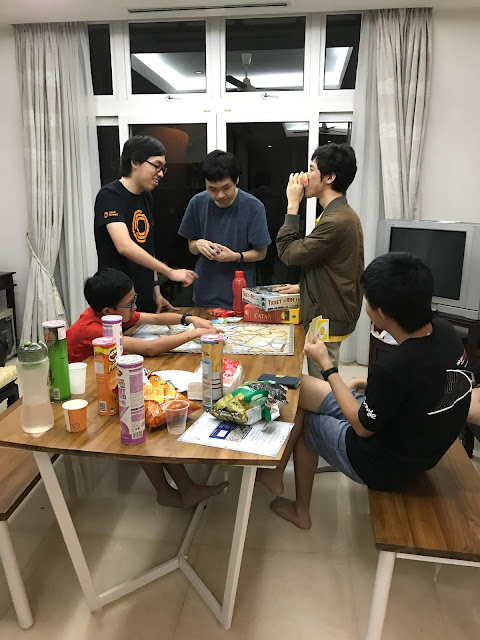 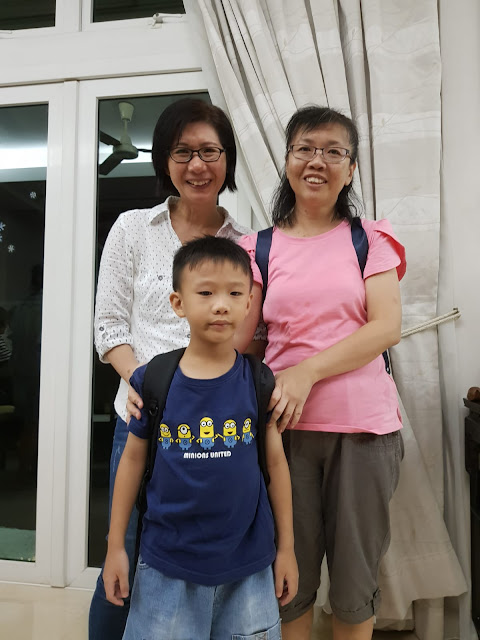 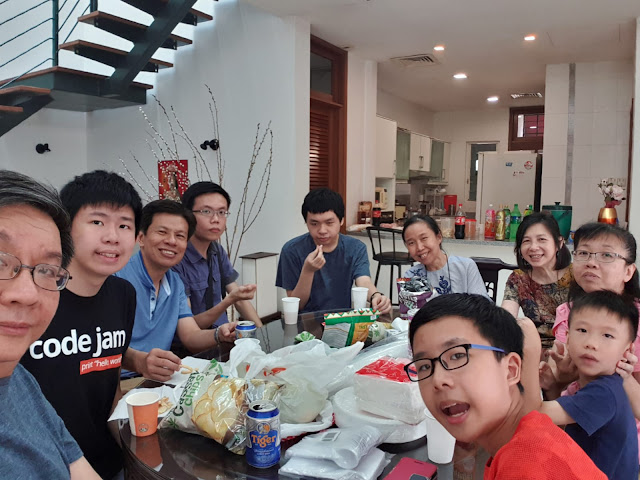 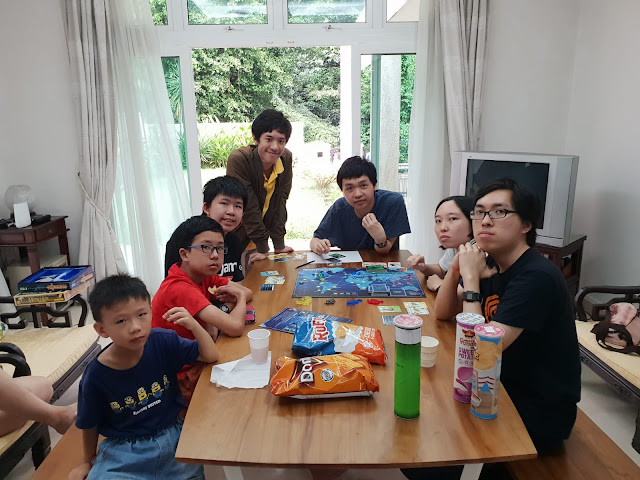 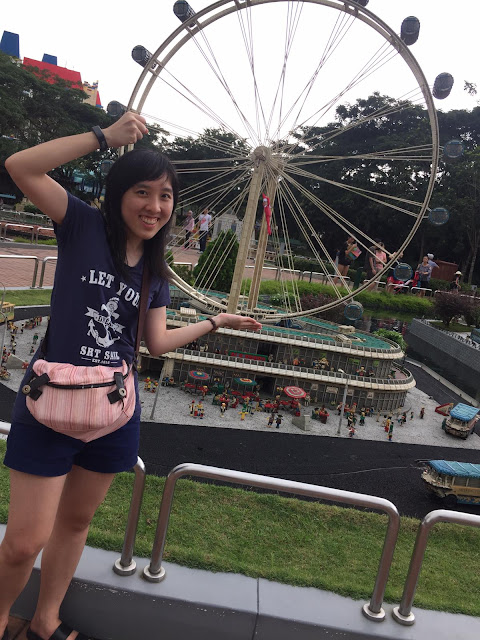 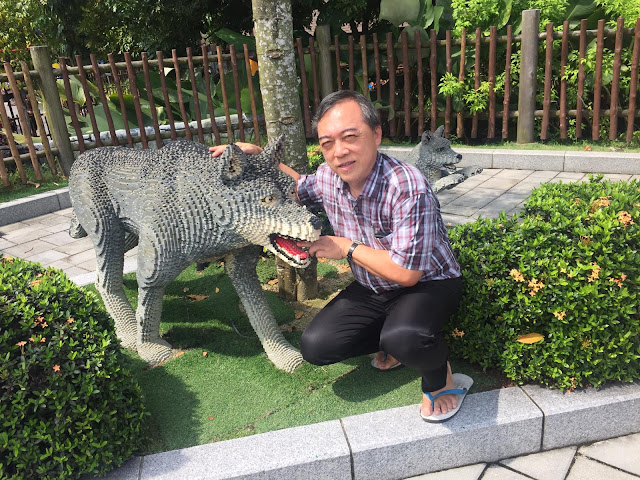 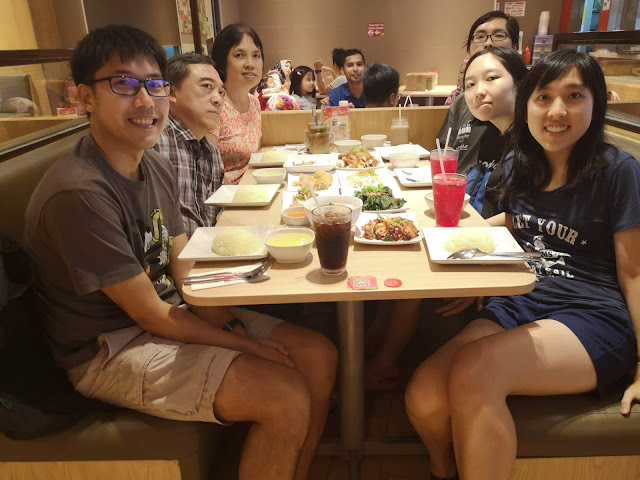 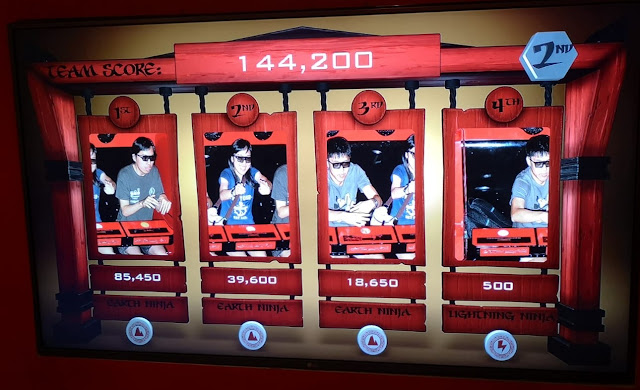 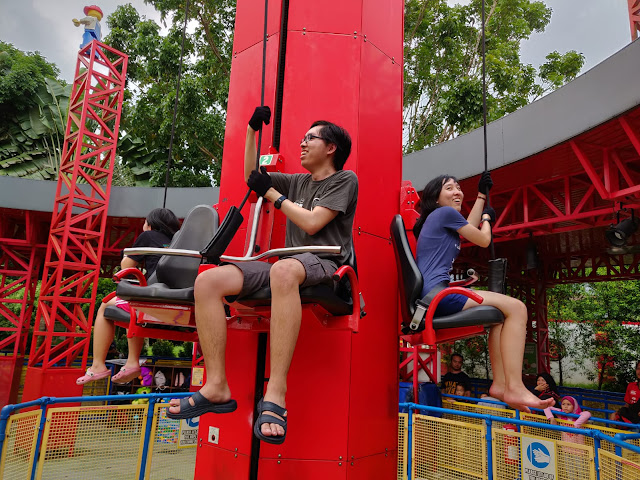 The 2018 ICPC Asia Singapore Regional Programming Contest is held from 12 to 14 December in Singapore.

There are 50 teams from 25 universities and 10 countries taking part in this contest. The list of teams are here. 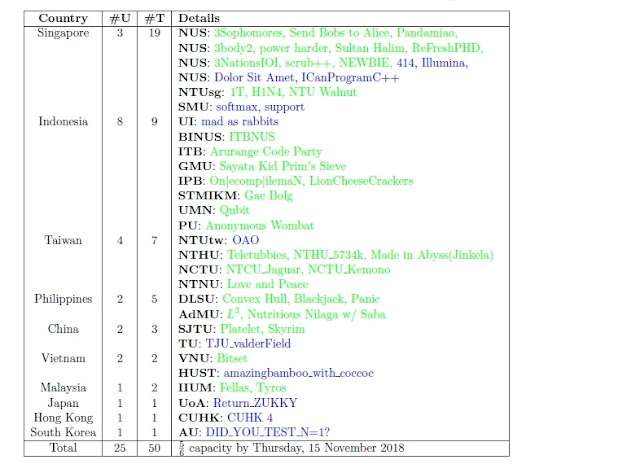 The 5-hr contest has just started at 0900 hrs Singapore time. You may watch the lives scoreboard here. Lim Li is in the official team 3NationsIOI with team mates Agus Sentosa Hermawan and How Si Wei, 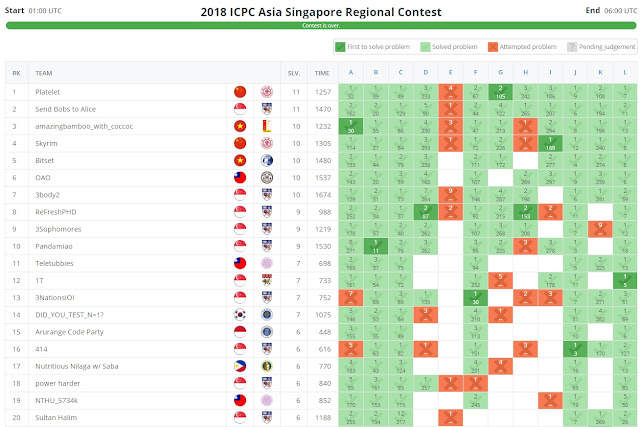 The 2018 ICPC Asia Yangon Regional Programming Contest is held from 8 to 9 December in Yangon, Myanmar.

You may watch the live scoreboard
~~~
Update:
Final Results 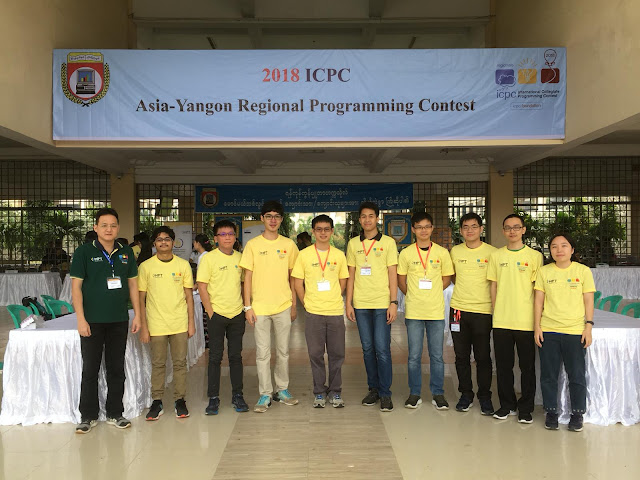 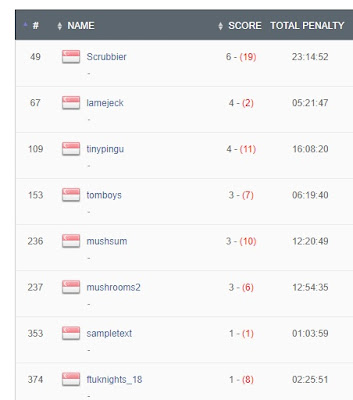 '2017 Admission Cycle' refers to applications made from September 2016 onwards for admission to courses starting in October 2017 or by deferred entry for courses starting after 2017.
Note: only schools with 3 or more applicants to Cambridge or Oxford, and with offers, are shown.