The International Mathematics and Science Olympiad (IMSO) is an annual competition in Math and Science for primary school students. Since 2011, NUS High School has been appointed by the Gifted Education Branch (GEB), MOE to be the Lead Agency for IMSO, to select and train the IMSO national team.

From my understanding, students in the IMSO national team are typically offered Confirmed Offers from NUS High School under the Direct School Admission (DSA) exercise; they may even be awarded the 6-year NUS High scholarship if they choose to enrol in NUS High School from Secondary 1.

The Singapore team for the 11th IMSO comprises the following Primary 5 students. They are selected from the top 20 NMOS and SPSO winners, have undergone further training by NUS High and have done well in the respective selection tests.

Congratulations!!
Posted by Ng Bee Yong at 09:02 No comments: 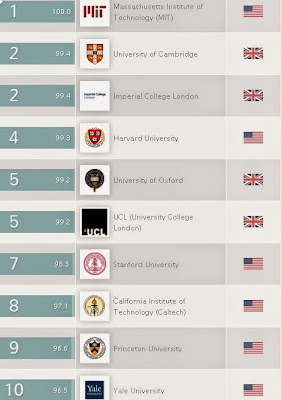 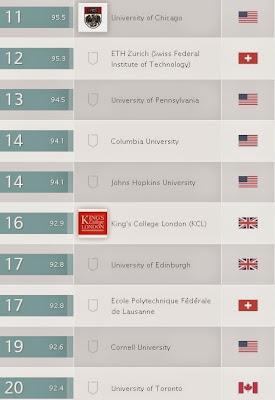 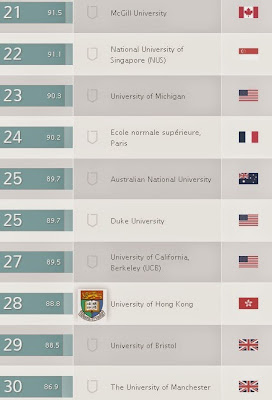 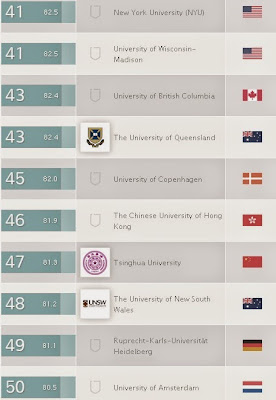 BOTH the National University of Singapore (NUS) and Nanyang Technological University (NTU) have moved up two places in the annual World University Rankings released this morning.


NUS moved up to 22nd place, and remains the top Asian university, while NTU moved up from 41st to 39th place.
The ranking by London-based education consultancy Quacquarelli Symonds (QS), which is into its 10th year, is widely consulted, including by prospective students and university professionals.
Institutions are ranked based on academic and employer reputation, student-faculty ratio, citations in academic publications per faculty, international faculty and student mix.
Academics are asked to rate institutions in their fields of specialisation.
This year's rankings took into account the opinions of 63,676 academics and 28,759 employers.
Overall, the Massachusetts Institute of Technology maintained its top spot, followed by Britain's University of Cambridge.
Imperial College London - because of its higher citations per faculty - was the biggest climber in the top 10, leapfrogging Harvard in the United States, University College London and Oxford in Britain to rank joint-second with Cambridge.
QS head of research Ben Sowter said that NUS' rise "signals a resolute long-term strategy, sustainable financial planning, investment in world-class facilities and leveraging Singapore's increasing desirability as a place to be".
He added: "NUS has further enhanced its research profile, strengthened its faculty-student ratio and resonated more strongly with employers this year.
NUS was rated ninth in the world by academics and 10th globally by employers.
Mr Sowter also noted that NTU is one of the fastest-climbing institutions.
"Strong progress in the citations per faculty indicator has driven NTU into the top 40 for the first time - and its new medical school has only just got going," he said. "Watch this space."
Singapore Management University, which is not included in the overall ranking, was ranked in the top 100 in social sciences and management, coming in at 93.
NTU stood at the 33rd spot and NUS, ninth best in the world.
Both NUS and NTU were also ranked among the top 10 universities for engineering and technology.
NUS president Tan Chorh Chuan said the university's growing reputation reflects its focus on nurturing, recruiting and retaining talent, the unrelenting pursuit of excellence and commitment to creating an environment where its staff and students can do excellent work.
"We will continue to innovate in education and research, so that the university will continue to contribute strongly towards the advancement of Singapore and the wider community in the years to come," he said.
Noted NTU president Bertil Andersson: "Competition within the world's top 50 is very stiff, so we are very pleased that we have climbed another two spots.
"With two Singapore universities high up in the global stakes, I think we all have much to be proud of."
He also pointed out NTU's 12th ranking in engineering last month in the Shanghai Jiaotong Academic Ranking of World Universities.
"From both these indices, it is clear that NTU's engineering is way up there with the world's best," said Professor Andersson.
sandra@sph.com.sg
Posted by Ng Bee Yong at 16:50 No comments: 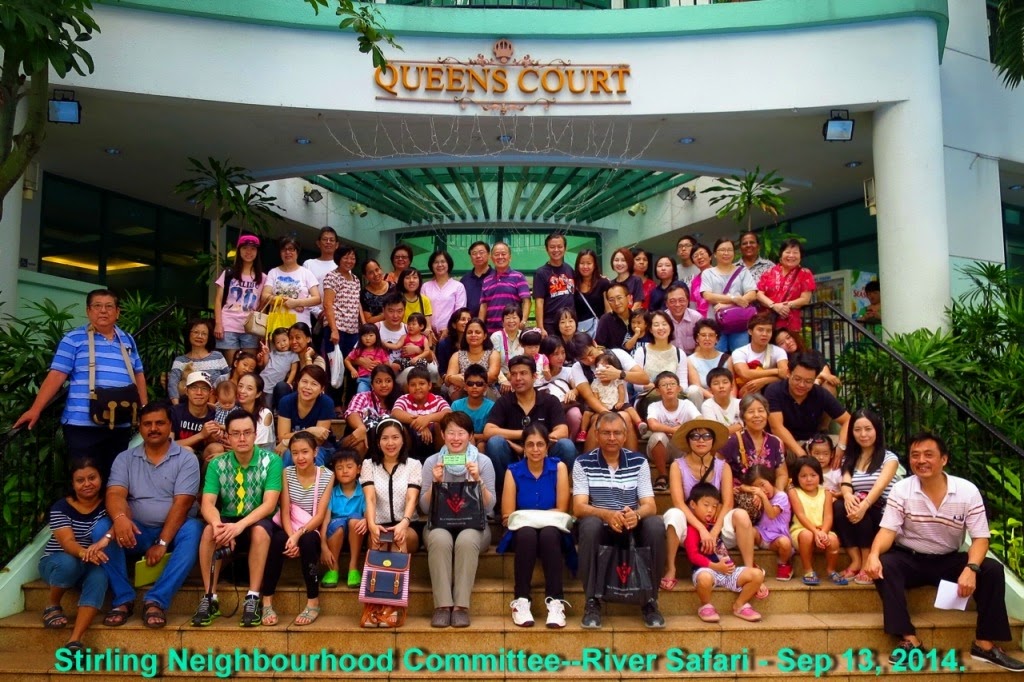 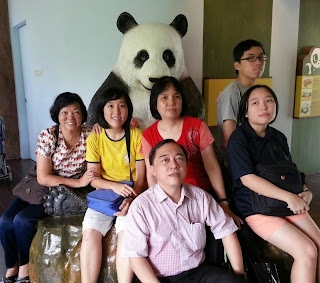 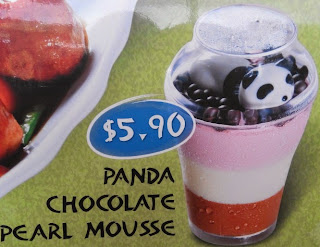 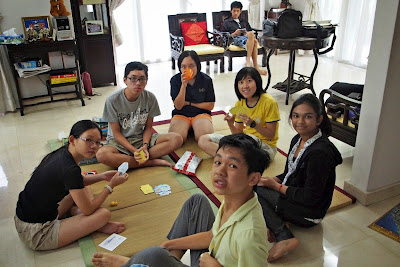 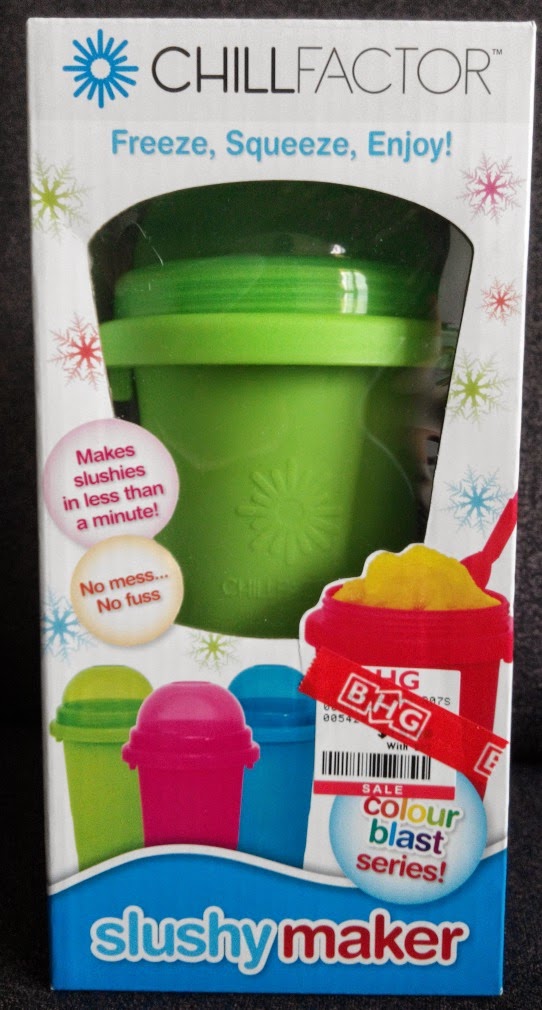 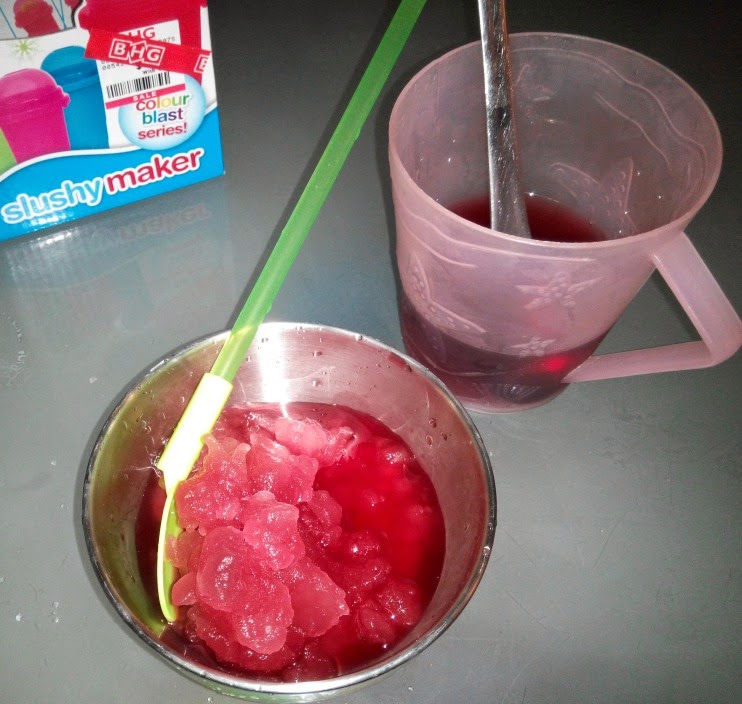 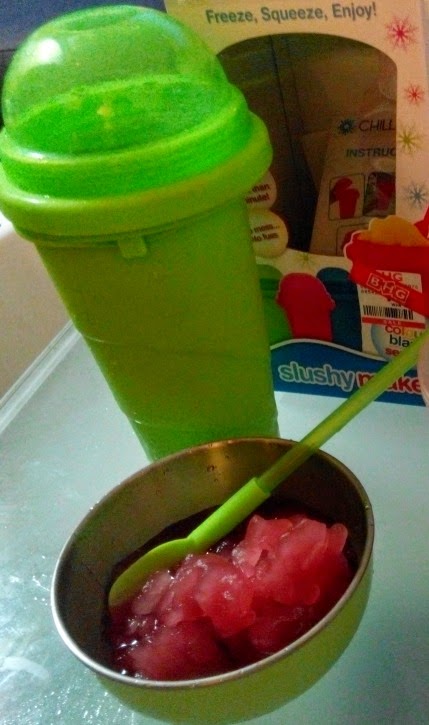 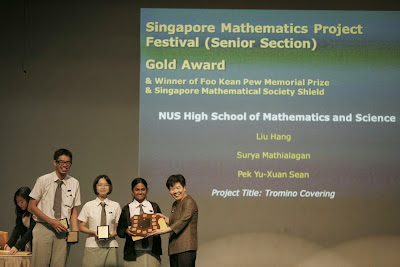 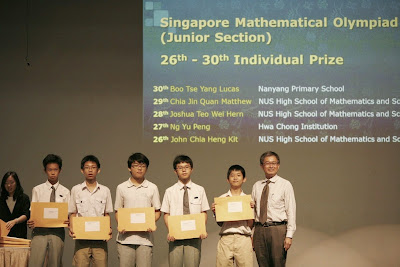 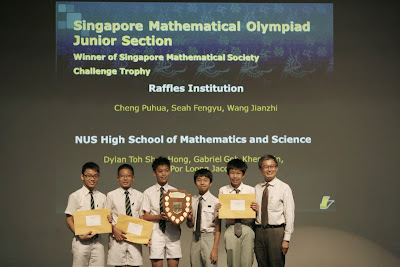 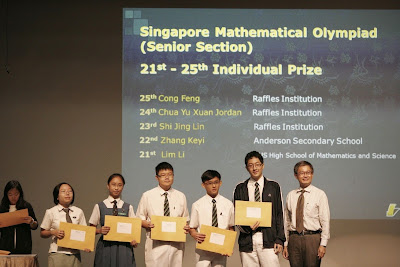 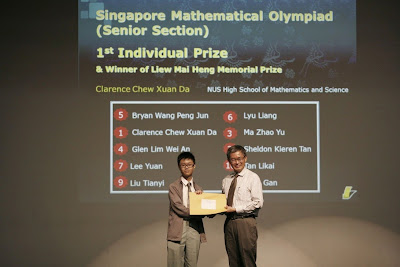 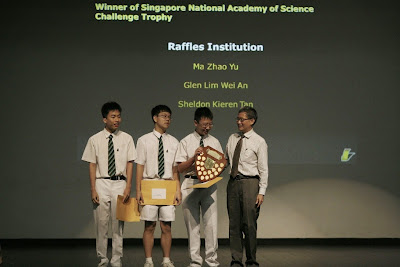 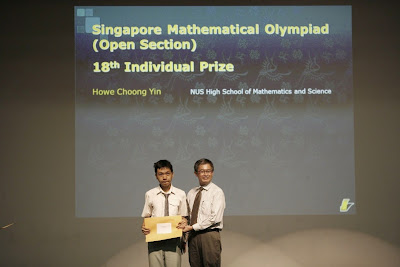 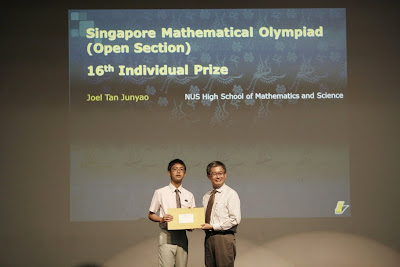 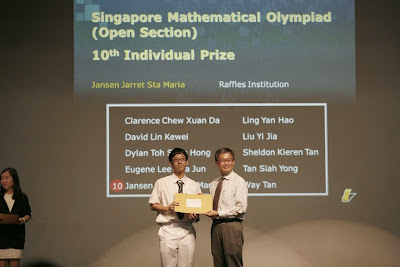 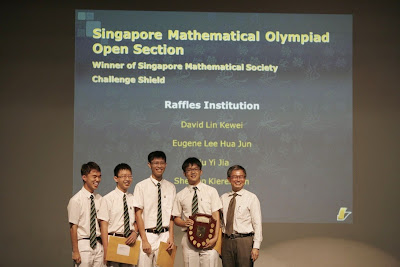 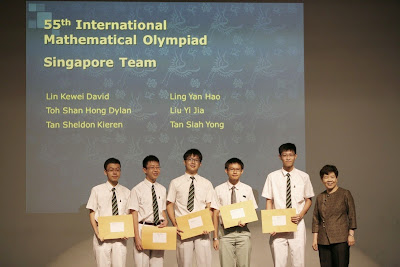 Thanks to Meng Ai for providing the photos. 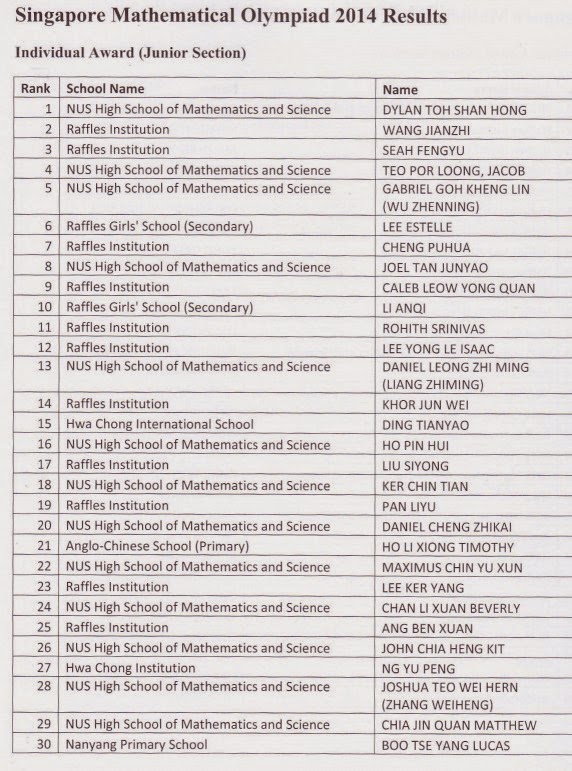 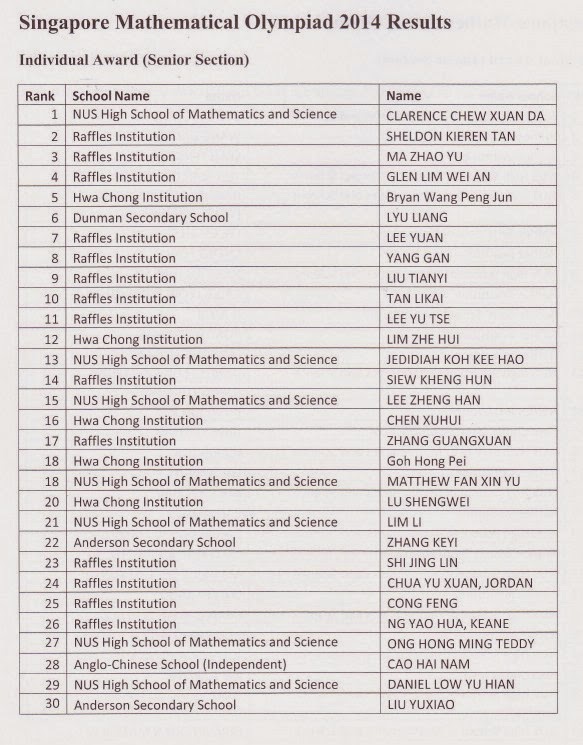 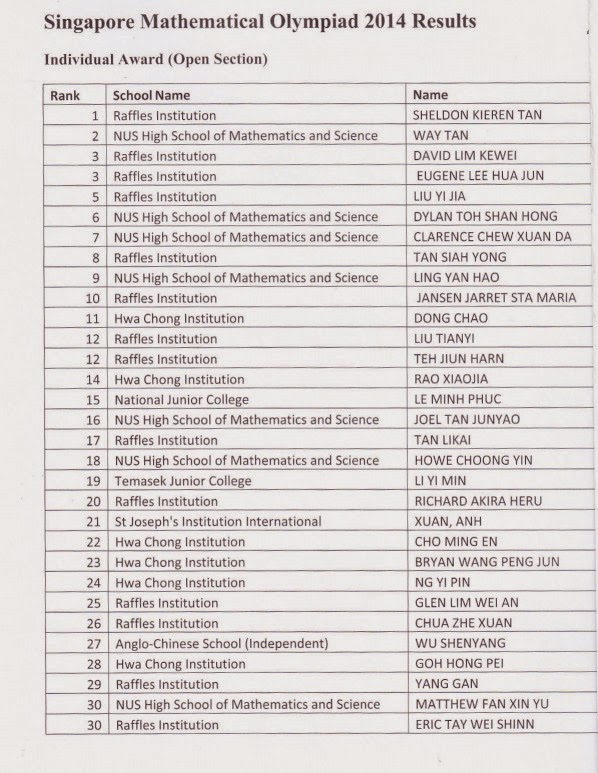