Singapore students win three silvers and one bronze at IOI 2017

Source: NUS School of Computing News
18 August 2017 – Team Singapore won three silver medals and one bronze at the 2017 International Olympiad in Informatics (IOI 2017) that was held from 28th July to 4th August, in Tehran, Iran.

NUS Computing faculty members and students have coached Singapore school and college students for IOI, as well as the IOI qualifying competitions, the National Olympiad in Informatics (NOI) and the Asia-Pacific Informatics Olympiad (APIO), for 25 years. Team Leader, Dr. Steven Halim, who coordinates NUS Computing’s competitive programming centre, said, “We were hoping to get at least a gold medal but I am happy with Lim Li’s achievement, being the first female Singapore IOI medallist. I hope that that will inspire more girls to take up competitive programming.”

Besides faculty members like Dr. Halim, and IOI International Committee member Dr. Tan Sun Teck, a number of NUS Computing students are involved in the coaching and organisation of IOI teams and contests, in the region and internationally. First year Computer Science (CS) student Ranald Lam (2014 IOI gold medallist) was Team Singapore’s coach this year, and will be a member of the IOI’s International Technical Committee in February 2018. Second year CS student Gan Wei Liang, who was last year’s coach, will be a member of IOI’s International Scientific Committee, along with recent CS graduate, Jonathan Irvin Gunawan, who was also the IOI coach for Indonesia. Also, second and third year CS students Boo Kai Hsien and Ho Yihang were the team leaders for the Malaysian IOI team. As a result of NUS Computing’s reputation and active involvement in international competitive programming, seven past IOI medallists from Vietnam, Philippines, Indonesia, India and Singapore, including Ranald Lam, joined NUS Computing this August.

About IOI:
The International Olympiad in Informatics (IOI) is an annual international informatics competition for high school students from around the world, and is one of the five international science olympiads. The primary goal of the IOI is to stimulate interest in informatics (computing science) and information technology. Each participating country is represented by a team of up to four contestants. Students compete individually, solving sets of informatics problems during two competition days, and participate in cultural and recreational events on the remaining days.

On each of the 2 contest days, contestants are typically given 3 tasks and 5 hours to program working solutions to solve these tasks. The tasks are algorithmic, requiring contestants to demonstrate not only basic IT skills such as programming and testing, but also in-depth knowledge of designing algorithms, data structures and information theory.

Every year, the four Singapore students with the best scores of in the National Olympiad in Informatics (NOI) and Asia-Pacific Informatics Olympiad (APIO) are selected to represent Singapore at IOI. Singapore students have been participating in IOI since 1992 and in 2020, NUS Computing will host IOI, on behalf of Singapore.
Posted by Ng Bee Yong at 13:37 1 comment:

Off to King's College, London 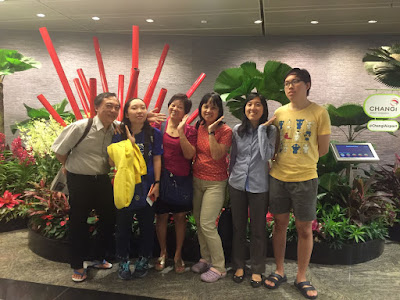 Lim Li has flown alone to London for ESPR 2017. According to ESPR facebook, there were 400+ applicants. Lim Li is one of the 40 lucky ones selected to join the program, held from 18 August to 1 September. She is the only Singaporean student selected.

The European Summer Program on Rationality 2017 will take place in the Waterloo Campus of the King's College of London. 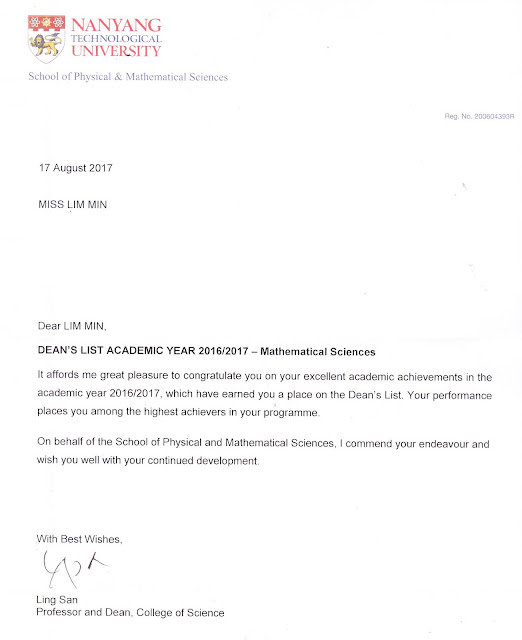 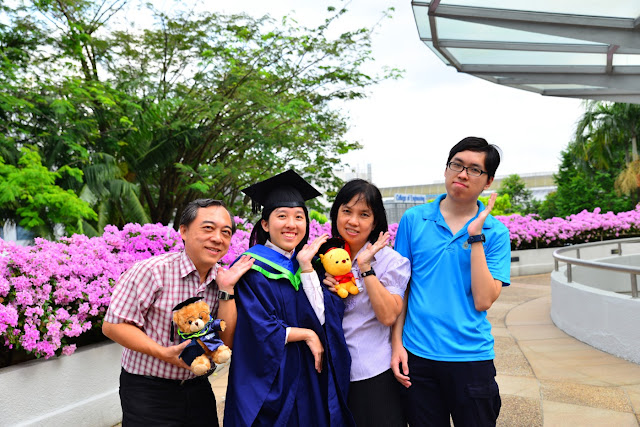 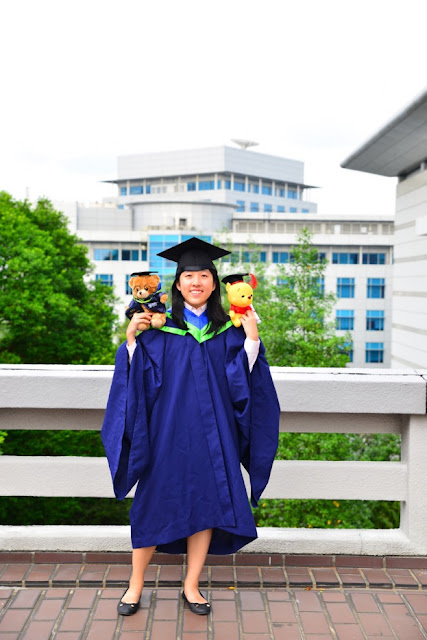 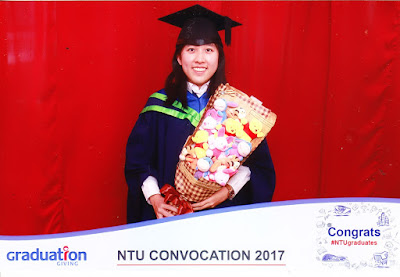 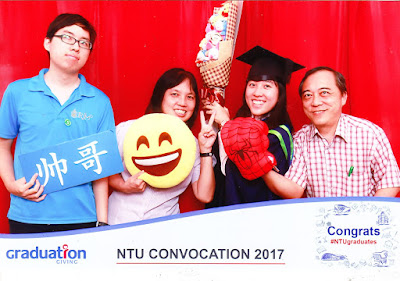 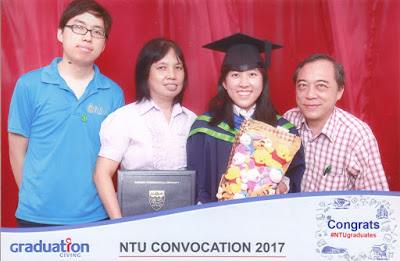 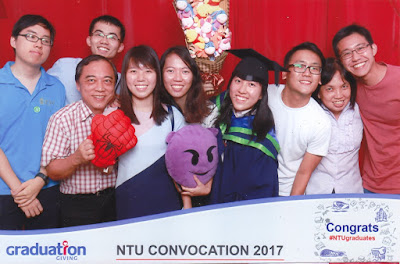 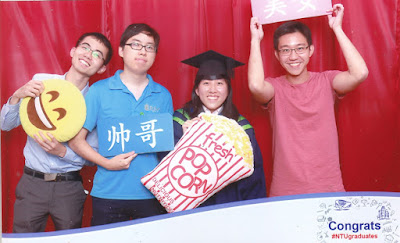 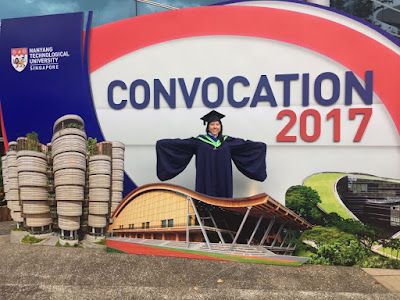 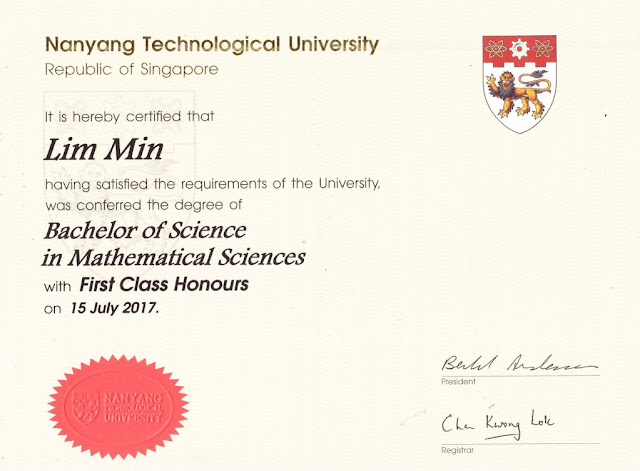 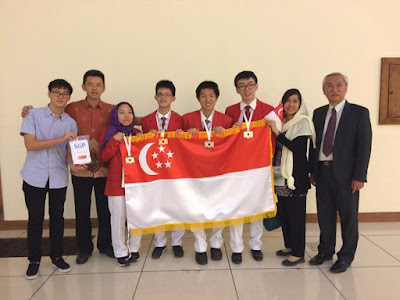 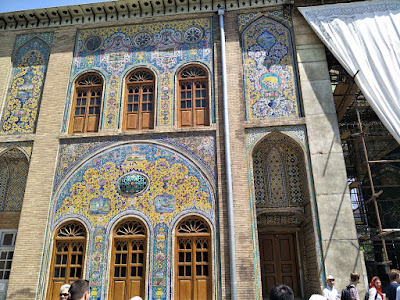 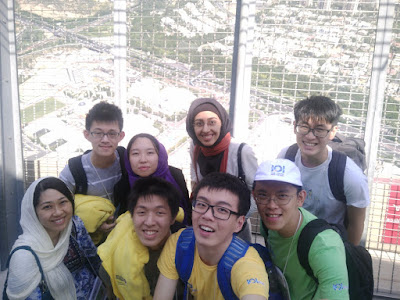 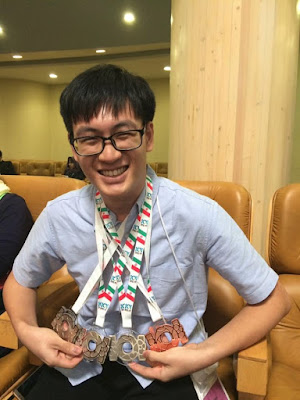 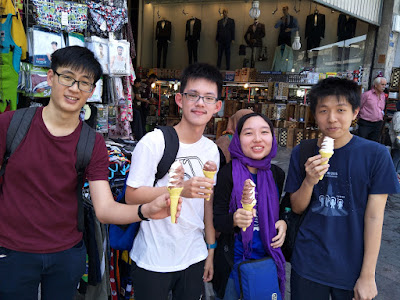 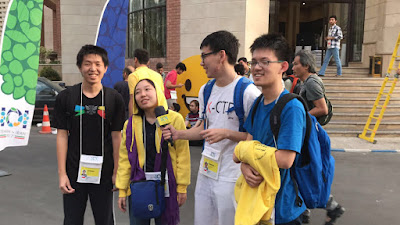 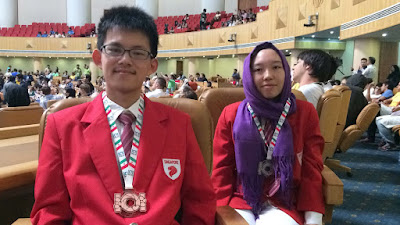 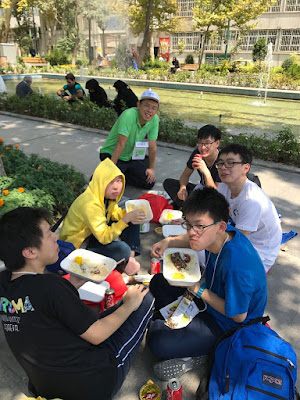 Email ThisBlogThis!Share to TwitterShare to FacebookShare to Pinterest
Labels: IOI

To monitor progress of Singapore Team, enter "Singapore" in the Search Team box 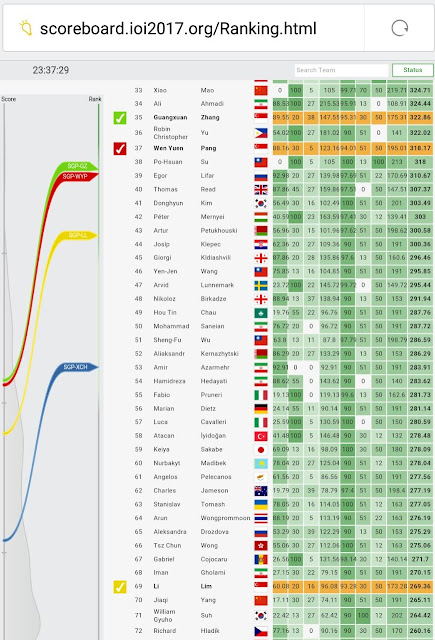 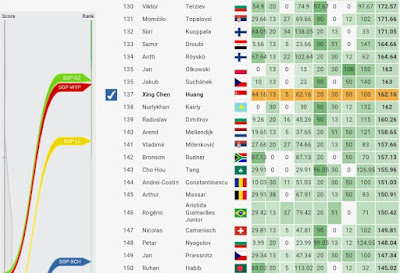