The ACM-ICPC (Association for Computing Machinery - International Collegiate Programming Contest) is considered as the "Olympics of Programming Competitions". It is quite simply, the oldest, largest, and most prestigious programming contest in the world. The ICPC  is a multi-tier, team-based, programming competition. Headquartered at Baylor University, Texas, it operates according to the rules and regulations formulated by the ACM.

The ICPC traces its roots to 1970 with the first Finals in 1976.  Last year, 40,266 students from 3,098 universities from 111 countries on six continents competed for the privilege of advancing to the ICPC World Finals. Participation is open to students from every university in the world.

From Codechef website:
In terms of prize money, the top team takes home $15,000 along with the ACM ICPC 2019 Gold medal. Three other teams getting Gold Medal are awarded $7,500. Each Silver Medal team gets $6,000 and each Bronze Medal team is awarded $3,000. Courtesy of the UPE Computer Science Honor Society, the First Solution Award will be $1,500. For the other solved problems, The First to Solve Award will be $1,200. 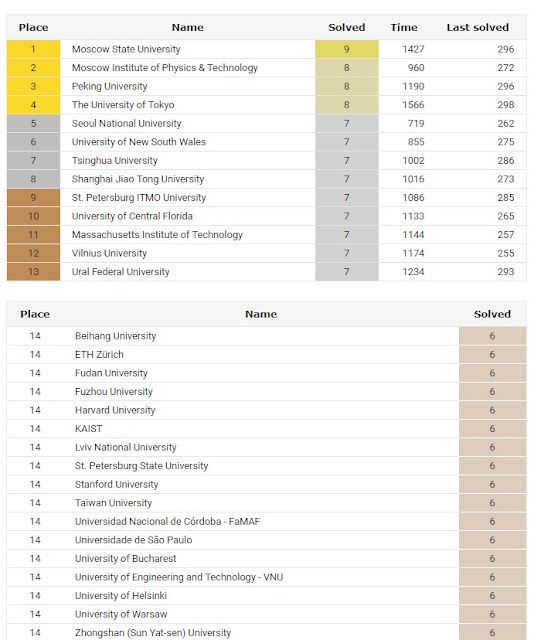 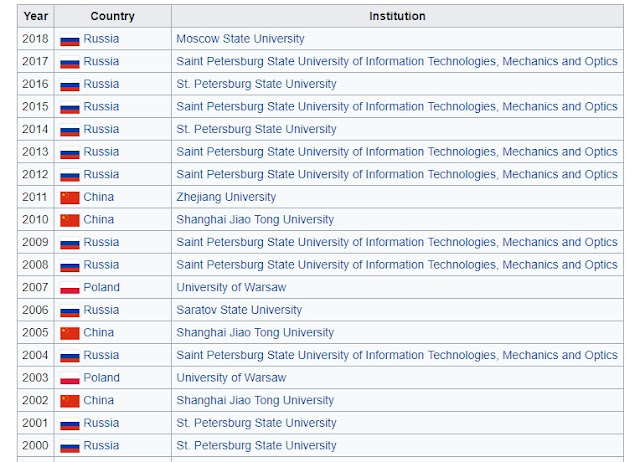 Email ThisBlogThis!Share to TwitterShare to FacebookShare to Pinterest
Labels: ICPC


Maths Beyond Limits 2019 is an international mathematics camp for high school students from all over the world. It takes place 9-21.09.19 in Milówka, Poland. Students can apply as participants or semitutors. The recruitment process starts on 1.04.2018 and consists of two parts: Qualifying Quiz and Applicant Questionnaire, which are required to be submitted by the midnight of 30.04.2019. In the recruitment process we take into account not only applicants’ performance in the Qualifying Quiz and their academic achievements, but also their need to participate in the camp and their potential to benefit from it.

Every regular day there are various mathematical activities such as Mathematical Classes, Camper Talks and Time Academic Unscheduled (TAU) as well as non-mathematical Evening Activities and Sports in the beautiful scenes of Beskidy mountains. Mathematical Classes are run in 80-minute-long sessions; they are devoted to some of the most beautiful concepts in mathematics from outside the high school’s curriculum. They concern diverse mathematical fields and there are three sessions at the same time for the participants to choose from, which contributes to the diversity of academic experience participants have.

Camper Talks are 30-minute-long presentations given by participants on topics connected with mathematics. The participants prepare them before the camp and consult them with staff members during the camp. Their objective is to enhance youth’s presentation and communication skills as well as encourage the idea of active contribution to the camp and to the civil society, while inspiring others with their passions. TAU is time designated to work on mathematics independently. During this time all tutors and semitutors make themselves available for 'office hours' and groups often form to work together on problem sets. It was a great opportunity to clarify any points of the classes that were found hard or insufficiently explained. Evening Activities are non-mathematical activities run by participants or organisers in the evenings. They cover wide range of workshops and give opportunities to try something new or improve soft skills. 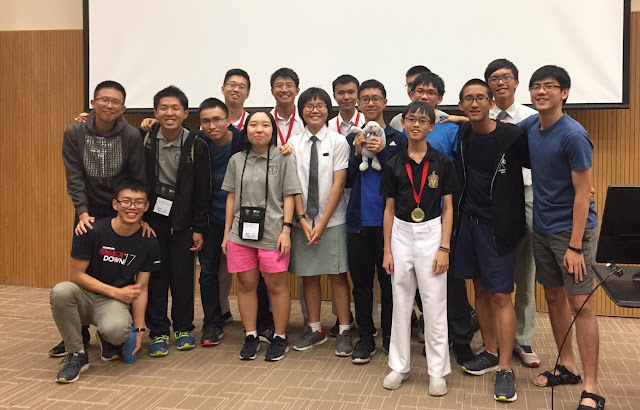 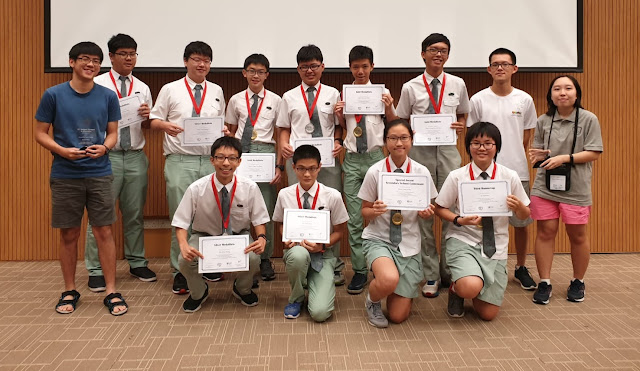 
What is Hash Code?

Google’s team-based programming competition, Hash Code, allows you to share your skills and connect with other coders as you work together to solve a problem modeled off a real Google engineering challenge! In small teams of two to four, coders all over the world will tackle the first problem through an Online Qualification Round. Though this round is hosted online, teams can come together to compete side-by-side in locally coordinated Hash Code hubs. The top teams from this round are invited to join us at an international Google office for our annual Hash Code Final Round.
- from hash code website 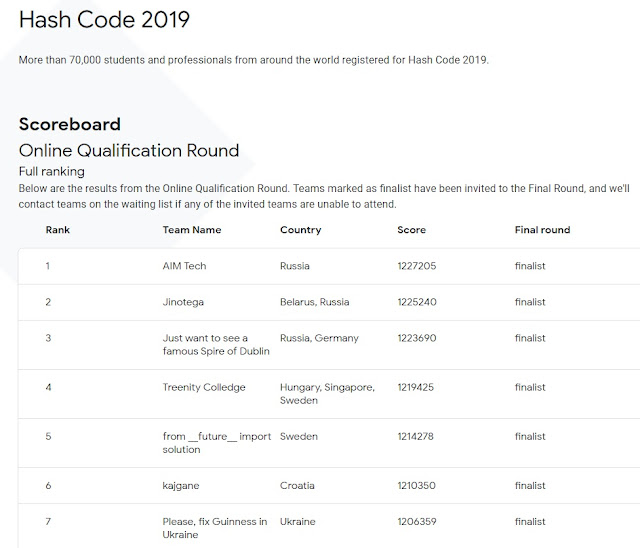 41 teams out of 6639 teams registered have qualified for the Final round.

Team Treenity Colledge (with team members David Wärn, Zoltán Molnár Sáska, Michael Ng and Lim Jeck) from Cambridge, Trinity College, has made it to the Final round, which will be held in Dublin, Ireland on 27 April 2019. 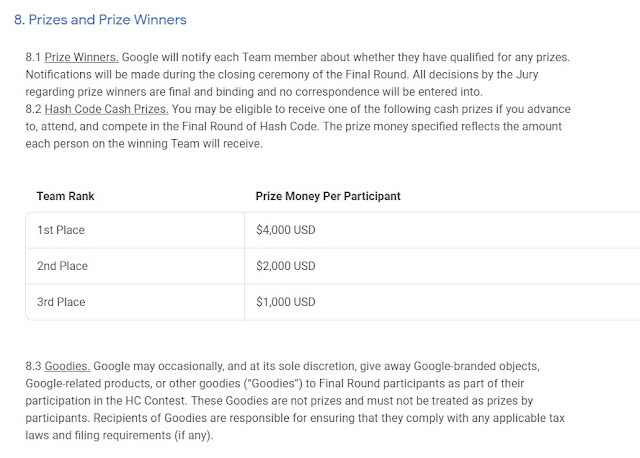